This month Dan Drastic invited Denney to the Moon Harbour Radio show. Longtime UK favourite Denney serving up two instantly effective new tracks on his “The Woozle EP” that was released in December 2018. 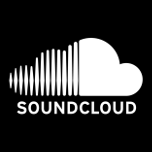 danielfaulwasser_5diul1dx2019-02-05T12:22:36+01:00
We use cookies to ensure that we give you the best experience on our website. If you continue to use this site we will assume that you are happy with it.Ok